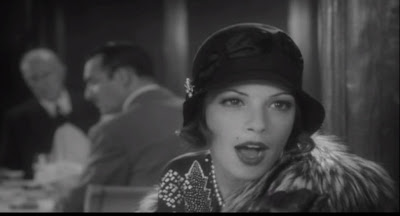 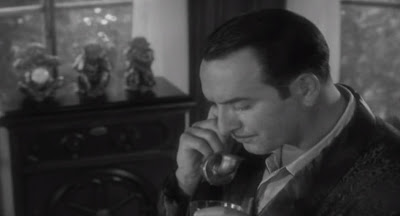 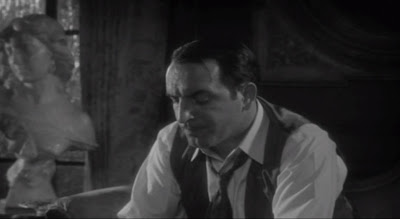 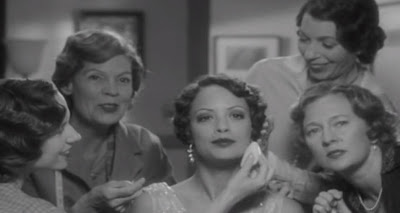 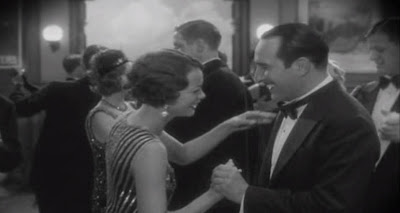 I don't usually do this, but, what the hell, this is my blog, and I can do what I want to! Right? Well, except review fem dom spanking sites, 'cos that cost me around a 100 pageviews a day last time.

So look, I just watched this wonderful film. Each year around Oscar time I try to watch as many of the best picture nominees as I can, and with the nominations due this week, I'm trying to get a head start.

The Artist is, I suppose, a gimmicky film, in that it's shown in black and white (although it was shot in colour), and, apart from 2 scenes, it's also silent, albeit illuminated by a wonderful score.

The film is set during the end of the silent picture era, and revolves around the diverging career paths of a defiantly proud male star, unable and unwilling to change, and a dazzling young dancer whose star is rocketing into the ascendancy.

I love to watch black and white films now; the improvements in technology mean that they leap, crisp and almost translucent, from the screen. Their pixel perfect definition shows every fault, and this film has none, being beautifully shot, with wonderful scene composition. The storytelling is splendid, so much so that you rarely miss the use of sound.

The two scenes in which it does feature are tremendously effective, especially so in the case of our hero George's nightmare, in which everything around him has a voice, save only himself. The other use is in the film's climactic scene, and, of course, for just 2 words, George talks.

I guess that, overall, the film is about the inevitability of change, and how difficult it can be to accept it. The film is also a charming love story, between two effervescent leads; they fall in love during 5 takes of a scene set at a dance, with each one of which they connect more. It's a thrilling moment, with tremendous economy of storytelling, but where the performances leave you in no doubt as to the subtle emotions beneath the surface.

The two stars are French, which I guess you wouldn't know until the final scene. The rest of the extremely good cast is American, and both John Goodman (as a film producer) and James Cromwell (as George's loyal chauffeur) stand out; the black and white images seem to make their craggy features oddly beautiful.

It's nice to see Penelope Anne Miller on screen too, although she only has a small largely unsympathetic role as George's wife.

Oh, and I should probably give a nod of the head to Uggie, as Jack, the dog, who based on screen time should probably get third billing. Someone has done a great job training him, and the director has used him to marvellous effect.

Does the black and white/silent picture gimmick work? The absence of sound forces the viewer to concentrate on the visual performances, and perhaps encourages you to see more subtle aspects of the images presented, so in that way it does. I was actually quite relieved that, as talking pictures began to take over in the film, silence did not give way to sound in reality too. This would have been a lazy option, although in purely a filmic sense it would have been reasonable.

Once the decision to omit sound was made I suspect that deciding to go black and white was easy; I think that colour would have pulled you out of the mood created by the silence, clashing with the atmosphere of 1920's film making.

Clearly I liked the film a lot (why else the review?). It's one I look forward to watching again; I suspect that there are a lot more film references to spot once you know the plot. The images on screen are beautiful, and the story is simple but moving. The performances are faultless and, at around 100 minutes, the film doesn't outstay it's welcome.

If you're looking for spectacular special effects, or whizz bang action, you won't like this film, but, especially if you are willing to commit to it's timeless false reality, you are in for a treat. I can't imagine seeing a better film this year (although I will keep looking).

Thanks for staying with me to the end - back to spanking tomorrow!